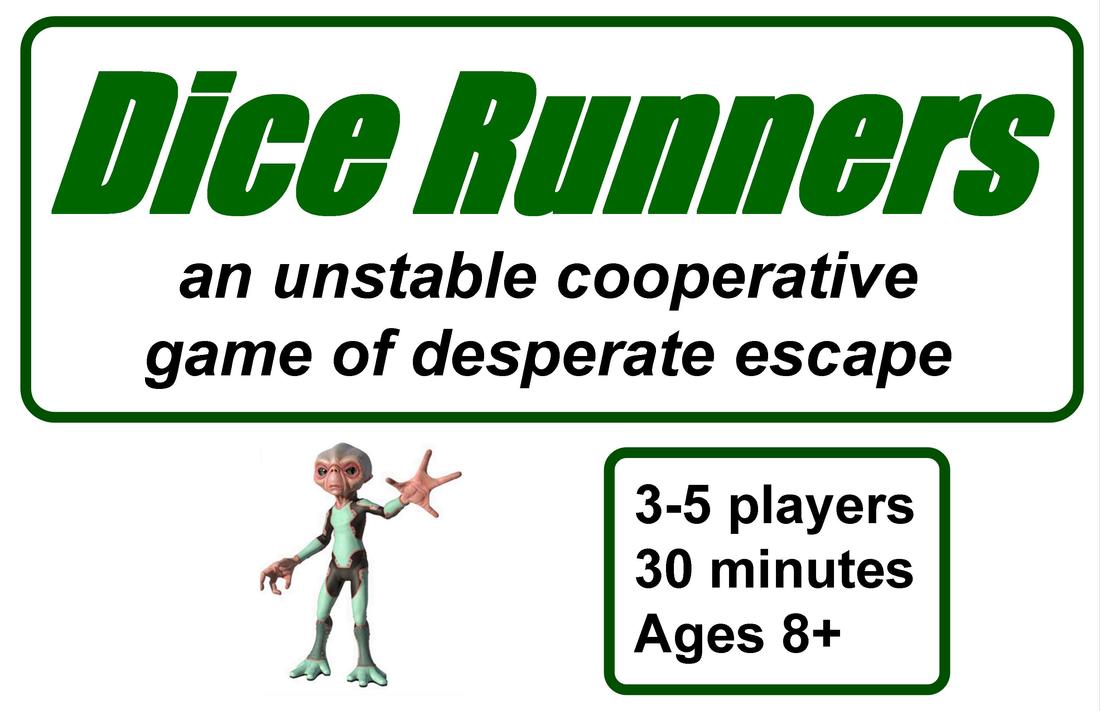 Captured by aliens, you and your crew break out of your cell and race through the corridors of the alien ship, fighting the creatures before they take over your minds.
Cooperate while you can, betray when you must, the escape pod may only have room for some of you.
Dice Runners (also known as Kayden's Run) is a semi-cooperative game with real-time dice rolling and story-driven action. Players race their pawns along a Run-Track trying not to be the last player in the pack as the Alien Horde spawns Runners trying to take each of you down. If you are hit by an Alien Runner, you get an infection - replace one of your white (healthy) die with a green (infected) die. Get infected too many times, and you become an Alien! Your new goal is to take down the other humans and prevent them from reaching and launching the Escape Shuttle. As you race through different rooms, flip to new pages in the Stories booklet - each room offers different goals, incentives, puzzles, and equipment to acquire. Use your dice to activate controls, grab equipment, and oh yes, don't forget to run! Remember, even if you all manage to remain human, the Escape Shuttle will likely only have enough room for some of you . . .
Single-page information sheet